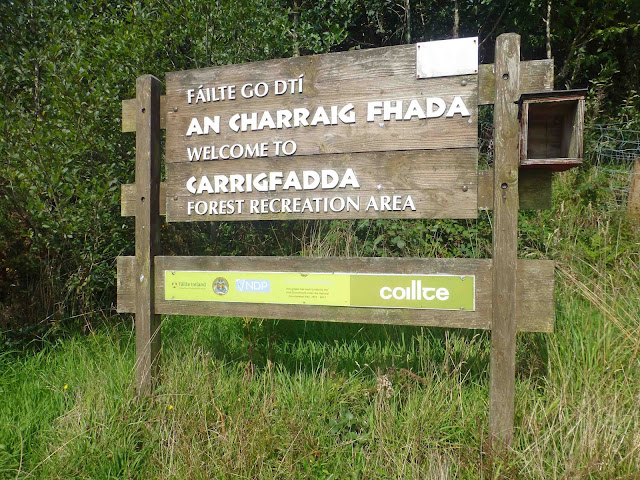 Carrigfadda is a hill near Rosscarbery with super views over the West Cork coast. If you are coming from the city, probably the surest way to get there, without going astray in narrow roads, is to drive through Rosscarbery towards Leap. On the way, at a place called Connonagh, the main road swings left at a right angle - this is where you turn right. Keep going up the hill until you reach St Peter’s Church in Carrigfadda. Carrigfadda may also be approached via Dunmanway and Clonakilty.

The churchyard is advertised as the start of the walk. But you can cut two kilometres off it by turning left about 500 metres before you reach the church and driving to another car park at the start of the forest. If you do start in the churchyard, as we did, you follow the red marked poles back the way you came and turn up the narrow road to your right. Follow the signs - they are few and far between but enough of them - until you come to the signposts at the start of the climb. 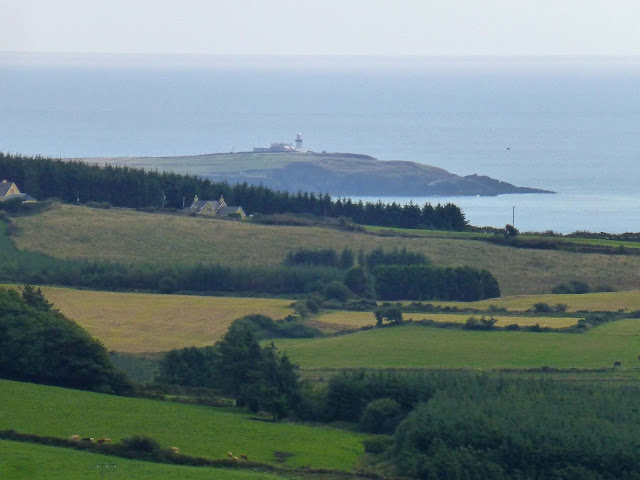 As you enter the forest, a pretty ragged forest at the moment with many of its trees harvested, you follow a set of grass covered steps for a short while. Then it gets a bit rougher as you zig zag your way up towards the viewing point at the cross. The walk is described on the boards as strenuous and so it is! 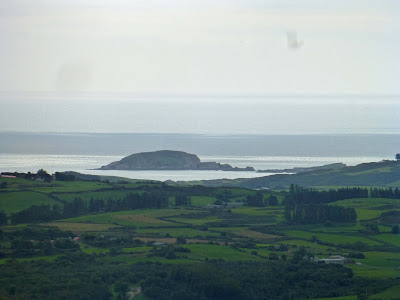 But it is worth it. The highest point is over 313 metres. We got as far as the cross and from here you have magnificent 360 degrees views. But your eyes are invariably drawn towards the coastline  and, on a clear day, you can see from Old Head of Kinsale right around to the Mizen and Beara peninsulas. Magnificent. Even if the sun had more or less inconveniently withdrawn full service just as we started on the path! That’s nature 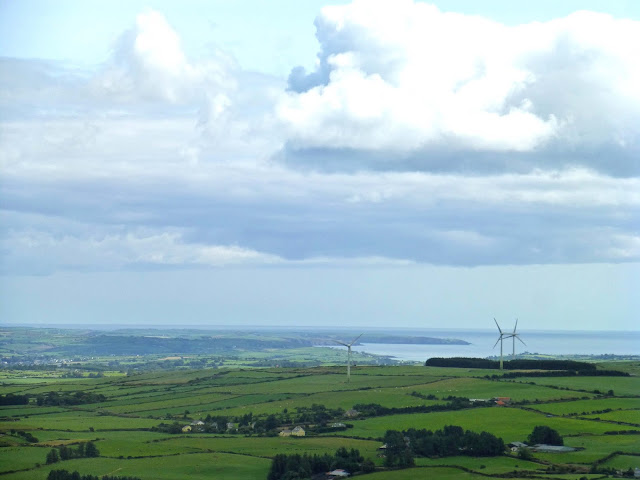 The Carrigfadda Hill Walk is 3.8 kilometres, including a 1.5 km looped section around the of the hill itself. The time is estimated at 2 hours (from the church). The wood itself is a Coillte property. 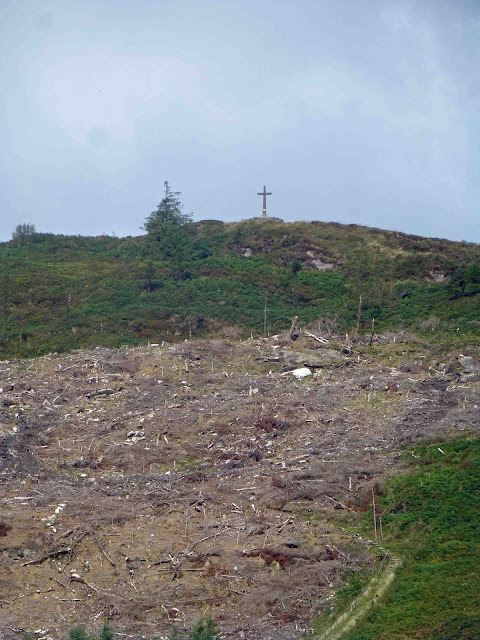 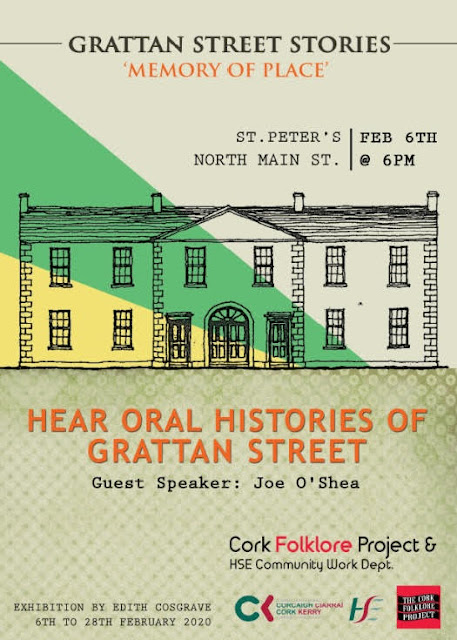