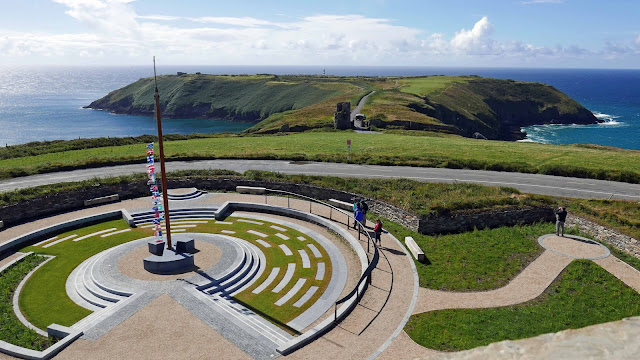 It was a time for blanket defence, following the "near things" of 1796 and 1798. Not quite parking the bus, as they say in football. But, between 1804 and 1806, the English built 81 signal towers around the Irish coast, from Dublin to Donegal, to deter potential French attacks.

Tower number 25 was built close to the Old Head of Kinsale, one of 12 on the Cork coast; it has been recently restored by the local community. They have also added a Lusitania Memorial Garden and the two together, along with splendid views to the south, east and west, have become a tourist attraction. And one well worth visiting. 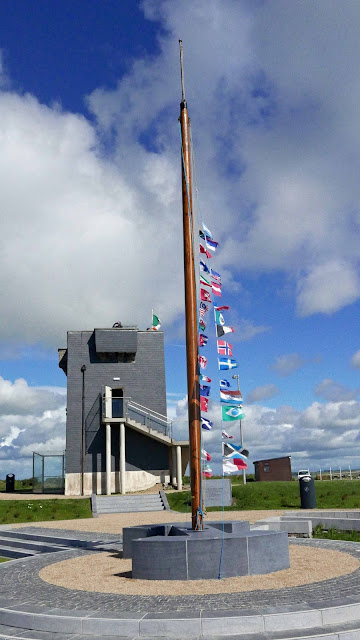 Let us start with those views, best seen from the lookout walkway. Straight ahead is the Old Head itself and its lighthouse. The final resting place of the Lusitania is on the horizon. Off to the east, we saw Ballycotton Island and its lighthouse. And to the west, the next signal tower, at the tip of the Seven Heads peninsula, was visible.  It was a good clear morning and we saw everything on the list, except for the Kinsale Gas Field platforms.

The ground floor of the tower tells the history of the tower system and of the restoration of this one, with help from the local county council, the OPW, the Wild Atlantic Way and Failte Ireland.

The first floor is dedicated to the Lusitania, sunk just off the coast by a German U-Boat, on May 7th 1915, with immense loss of life. In 18 minutes of horror,  more than 1,100 passengers and crew members of the more than 1,900 on board, perished. The small museum contains a few artefacts, including a brass filigree window, from the British ship which was on its way from New York to Liverpool. 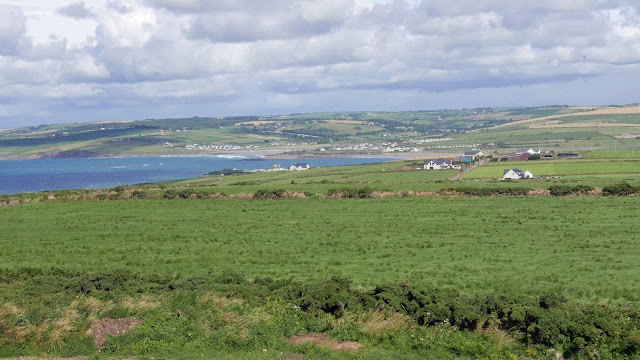 As you look down from the parapet walk, you will see immediately beneath you the Memorial Garden. When you come down, you'll the opportunity to examine a new sculpture in the shape of a wave. The long narrow piece contains the names of the 1,962 men, women and children who sailed on the Lusitania on the final voyage.

You’ll have no problem finding the Tower as it is adjacent to the famous Old Head, not too far from Kinsale. There is quite a lot of information on the tower (opening times, etc, included) on their website  and you might also like to check out their Facebook page here. It is on the Wild Atlantic Way and, if I’m not mistaken, the Old Head is the first Signature Discovery Point if you start in Kinsale (about 15 minutes away).

* If you're looking for a place to stay in Kinsale, the Trident Hotel is recommended.