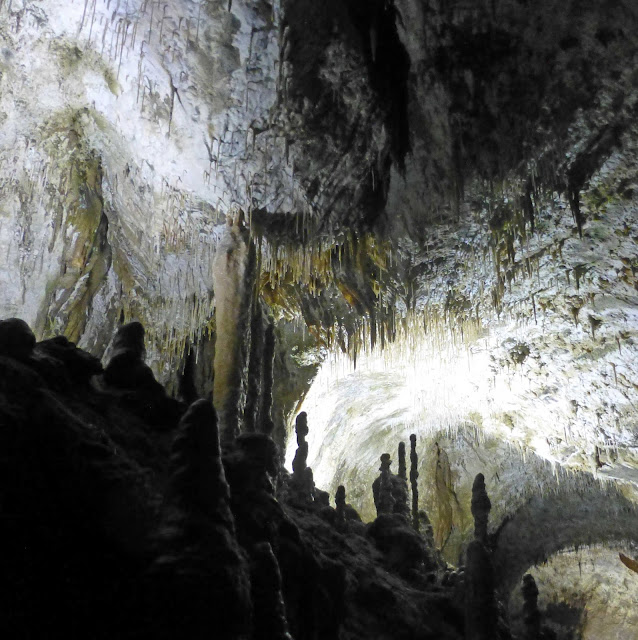 It was a wet and windy November morning as I pulled in to the car park at Crag Cave. Expecting to be more or less on my own, I was surprised to see lots of cars there and quite a few family groups heading for the entrance.
“Ah, mid-term,” I thought. But it was more than that. It’s been many a year since I visited the cave (near Castleisland, Co. Kerry). Its not just a cave anymore. It’s the Kingdom’s Number One House of Fun, the Crazy Cave, a venue for Santa’s Winter Wonderland and for birthday parties too, school tours also of course. Wonder what Professor John Gunn from UCC and world renowned Welsh cave diver Martyn Farr, who discovered the cave in the early 1980s, would have made of it all!
We joined a queue but not the right one. Had we stayed where we were first, we might have been celebrating someone’s birthday. But we pulled out just in time and got our tickets for the cave, billed as Ireland’s Number One (they like that number down here) Showcave. We were joined by seven others and went underground with our young guide.
Discovered in 1983 and thought to be over 1 million years old Crag Cave is a magical wonderland of stalagmites and stalactites. Step into ancient history and wonder at Ireland’s most exciting show cave! 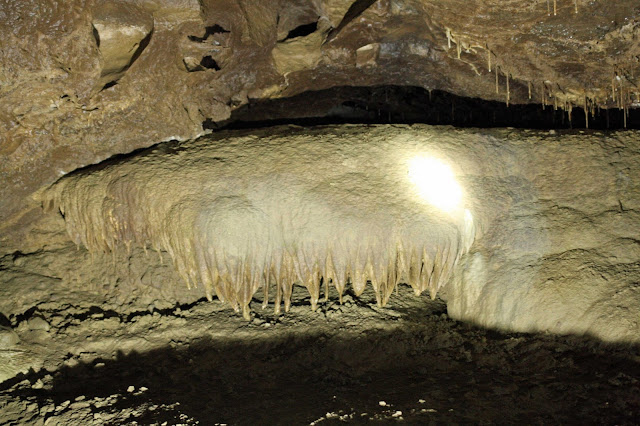 At 3.82km long, Crag Cave is the longest cave in Kerry and the seventh longest cave in the Republic, offering one of the finest examples of limestone cave formation in Ireland. Etched over time into a natural wonder, this 350m show cave offers an amazing view of how a cave is formed.
There are incredible examples of pillars, stalactites, stalagmites, flowstones, curtains and straws that have been forming incrementally over the last 15,000 years. And what you see is only a fraction of what will be available in the future, not necessarily the near future you understand! 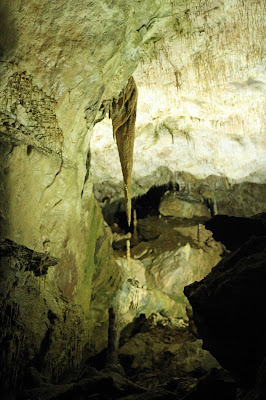 It is easy enough to get around the various chambers and your guide is well versed in the detail, pointing out the main features, most of which are named: the big Stalactite (the one that develops from the top, think of the middle T as standing for top), the bog Chamber (“Minas Tirith”), the Flowstone, the Kitchen, Diarmuid and Grainne, the Crystal Gallery, and the Madonna. Bats dwell here but you are unlikely to see them as they retreat into deeper chambers once the tours start in the morning.
You are underground for about 40 minutes. Just wrap up well before you go down. The temperature is a constant 10 degrees, ideal for storing wine and growing mushrooms but I saw neither! The rain, which had been forecast for that morning, had vanished when we surfaced and the blue areas in the sky extended slowly as we headed off for an afternoon walk in Valentia Island. The Kingdom has much to offer! 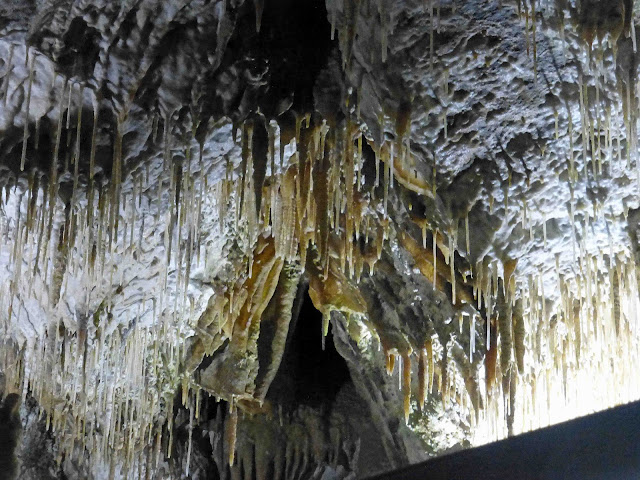