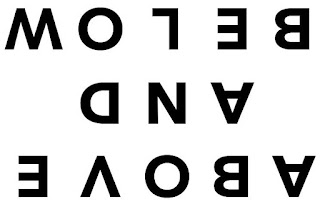 An international event, focusing on emerging talent in the film industry, will form a central part of the action-packed programme for the upcoming 60th edition of the Cork Film Festival. The spotlight will also be on the Irish winner of the Grand Prix for Best Short film, which for the first time, will be put forward to the Oscar long-list for award consideration.
A 15% discount on Festival Passes is available right up until the official launch on 13 October. Further details are available on corkfilmfest.org. The Festival will take place between 6 and 15 November.
For the first time this year, the Irish and international short films to win the prestigious Grand Prix awards, will go forward to the Academy Awards long-list for Oscar consideration. This major coup for the Festival was announced at the closing gala of last year’s event.
The 37 Irish shorts competing for the Grand Prix Irish short presented by RTÉ, which includes a prize of €1,500, have now been chosen. Titles include Love Is A Sting, These Dog Days and Looks Like Rain, with 18 of the 37 entries made in Cork. The full list of competitors is on the Festival’s website.

Commenting on this sneak peek announcement, Cork Film Festival Creative Director James Mullighan said “It has been a really strong year for both short and feature film submissions in terms of quantity and quality. Film submissions are up almost a third on 2014. The Academy Award accreditations have certainly cemented the Festival’s reputation internationally as one of Europe’s leading film events.”
Another significant development for the Festival was the announcement in June that RTÉ, Ireland’s national public service media, was to become its principal partner. The partnership marked the biggest festival association between RTÉ and Cork City and, exists alongside the continued and long standing work with the Festival’s principal funder, the Arts Council.
Ten feature films have now been shortlisted for competition. Five for the Gradam Spiorad na Féile / Spirit of the Festival Award and five for Gradam na Féile do Scannáin Faisnéise/Cinematic Documentary. Making the list were films from Italy, Poland, Philippines, South Korea, China and the US.
In keeping with its long-standing dedication to nurturing new film talent, the Festival is also delighted to announce the extended Talent Development Campus will be a central part of this year’s programme.
More than 100 filmmakers will make their way to Cork for the Campus, which is a must-attend four day intensive training and networking series, for anyone trying to break into the film industry. Emerging film talent from across Ireland, the UK, Norway, Poland, Serbia and further afield, will have the chance to rub shoulders with more than 40 international film industry experts, who will lead the training series.
“This is just a taster of the fantastic programme we have developed to give emerging filmmakers a stepping stone to success. We are firm believers in doing everything possible to nurture new talent and, with the Talent Development Campus; we will help and guide those making forays in a challenging industry” commented James Mullighan.
He continued; “To celebrate the Festival’s 60th edition, we wanted to stay true to its strong history of promoting new filmmakers, but we also wanted a fresh approach. I believe we have achieved this with the Talent Development Campus. I am really excited to meet the filmmakers of the future at these sessions.”
A brand new session, CRITICS makes its debut at the Talent Development Campus. UK and Irish film critics will discuss the importance of film-writing in the industry and, how their reviews can make or break a new filmmaker’s career. Critics from The Irish Times, Sunday Business Post and the UK’s Little White Lies are confirmed to attend.

2014’s hugely popular FUND seminar, where experts advise filmmakers on all things financial, is making a welcome return. While INTERACTIVE@CORK, an entertaining mix of exhibitions, showcases and case-studies on digital innovations in film, will feature talks from global practitioners selected by the world renowned XO Labs.

The Festival has a sterling reputation for giving new talent a platform for their work. Famous names that have cut their teeth there before finding global success include Oscar-winning director Neil Jordan, whose first feature-length film Angel was shown at the 1982 Festival. Actor Cillian Murphy’s first starring role was in Quando, which premiered at the Festival in the 1997 Shorts programme.
The fast-approaching Festival will celebrate its landmark anniversary with some 150 events over ten days, from 6 to 15 November. With more than 20,000 admissions expected, the creative team has developed an extensive and varied line-up that will push the boundaries, while also pleasing more classic cinematic tastes.
Full details of the complete 60th anniversary Festival programme will be released on the official launch date, October 13th.

The Gradam Spiorad na Féile/Spirit of the Festival Award is returning for its second year. The jury this year is chaired by Irish filmmaker Gerard Stembridge. The films chosen to compete for the €1,500 prize are:

The debut Gradam na Féile do Scannáin Faisnéise/Award for Cinematic Documentary is judged by a jury chaired by Claire Aguilar, Sheffield DocFest’s Director of Programming and Industry Engagement. The films chosen to compete for the €1,000 prize are: