Walking On The Sheep’s Head Peninsula 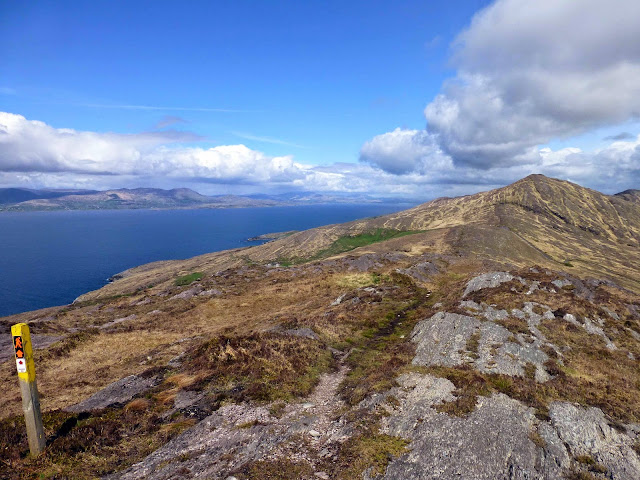 The Sheep’s Head peninsula is one of quite a few beautiful areas in West Cork but what makes this special is that here, you do it yourself. You walk, that is. Of course, you may drive and see the beautiful scenery at each side of the peninsula but it is hard to beat the satisfaction of walking up there in those hills.

But it can be very unsatisfactory if you don't know exactly where you are going and sometimes you are half afraid to set out, even on a sunny day. But arm yourself with the easily obtainable information on the many walks here (and, of course, on what you should take with you). Do that and much of it becomes much more accessible. Here is an excellent resource courtesy of The Sheep’s Head Way. The main walk, by the way, which starts in Bantry is about 90 kilometres long! 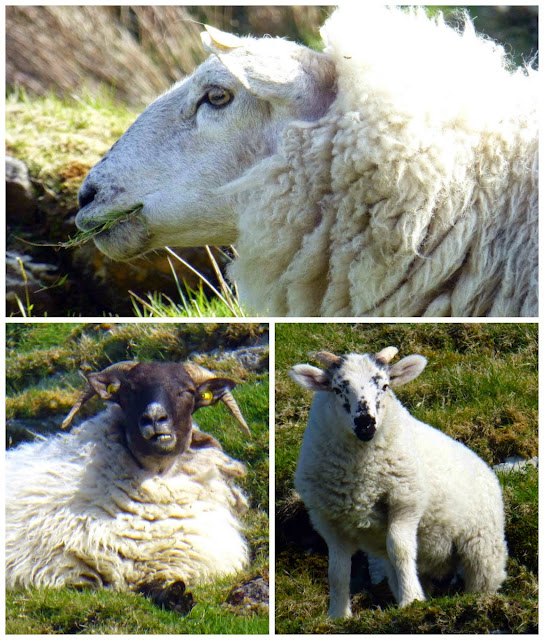 Somewhere between the impetuosity of youth and the caution of old age, there is a path for you, maybe more than one!

We had a year previously made our amateur way from Bernie’s Cupan Tae cafe at Sheep’s Head out to the lighthouse, a tough enough walk (lots of mud and surface water that day) but very enjoyable. Last week we were looking to do something different. We didn't have the information about the various routes mentioned above when we stopped up on the viewing point at Seefin.

So, from the car park, we followed the marked posts along the rocky ridge and were rewarded with remarkable views to the left, starting with Kilcrohane village below in the flat, Dunmanus Bay huge in between, Three Castle Head hiding Mizen Head further away, right out to the Fastnet Lighthouse in the ocean. On our right as we walked, the blue waters of handsome Bantry Bay beckoned, Bere Island (lots of publications term it Bear Island) lay at peace and just beyond was the gorgeous Beara Peninsula with the Caha and Slieve Miskish Mountains, and hints of Kerry in the purple distance.

The posts are well spaced, easily seen and the track along the ridge was easy enough, my walking stick coming in handy. But it was our second walk of the day and after half an hour or so we reluctantly decided to turn back. Still it was an exhilarating walk with incredible views.
So we were feeling quite happy with ourselves as we got back to the car park. There a young man on his mountain bike, accompanied by two big black dogs, started cycling up the ridge (in the Bantry direction). We kept an eye on him, even got the binoculars out. At one point he put the bike over his shoulder and continued, walking onwards and upwards. Our exhilaration could well have been deflated. But not a bit of it. We were full of admiration and perhaps a little jealous!

You won't find me biking up (or down) there anytime soon. But you may well meet me walking!

See also (from this trip): Dinner of Delights at Blairscove House

Castlefreke and Rathbarry, The Castles And The Wood
Taste of the Week. Cocktail in a Tea Pot! At Blairscove House.