Castlefreke and Rathbarry. The Castles And The Wood


Castlefreke and Rathbarry
The Castles And The Wood 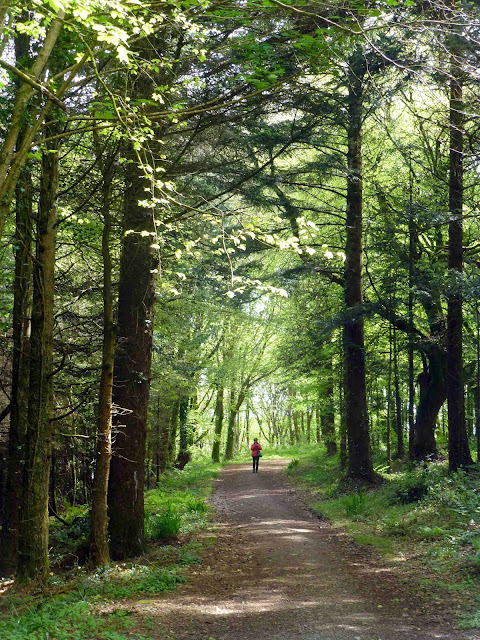 Rathbarry is a lovely little village a few miles off the main road between Clonakilty and Rosscarbery and has been prominent in the Tidy Towns awards in  recent years. On the way to Durrus the other day, I decided to make a visit to Castlefreke wood and, at the same time, take a look at the castle on the hill which was a ruin the last time I saw it.

In 2000, Stephen Ralfe Evans-Freke purchased Castle Freke, bringing it back into the ownership of the Freke family, as well as surrounding lands and also Rathbarry Castle. Rathbarry was first to be restored and since he has turned his attention to restoring Castle Freke.
I turned off at the Rathbarry signpost and soon arrived at the village. Just beyond the village, on your right, you’ll see a lodge. I thought this was a private entrance but is is a public road - you'll see the road markings at the exit/entrance. So I came back and drove through.

There are a number of walks on the woods to your left. A few minutes in, there is a car park on the left, informal and v-shaped, with a gate into the wood. On your right, you have a terrific view of Castlefreke Castle on the hill.

We walked into the wood and followed the sign-posted path up to the high cross that stands at the highest point. It is some 30’ high and was erected in 1902 as a memorial to the local Lord Carbery, an ancestor of the current owner.

Here too you have quite a view over the ocean, all the way from Galley Head on your left to the entrance to Rosscarbery Bay on the right. But there is an even better view, as we would soon find out.

We retraced our steps, through the trees and the bluebells, back to the car park and then drove out of the park at the other end, again by another lodge. We turned left on the road and this took us right to the edge of the sea. From this elevated position, the view was broader and grander. Quite splendid in fact on a sunny day. Enjoyed our snack here before heading off for Sheeps Head Peninsula and our second walk of the day. 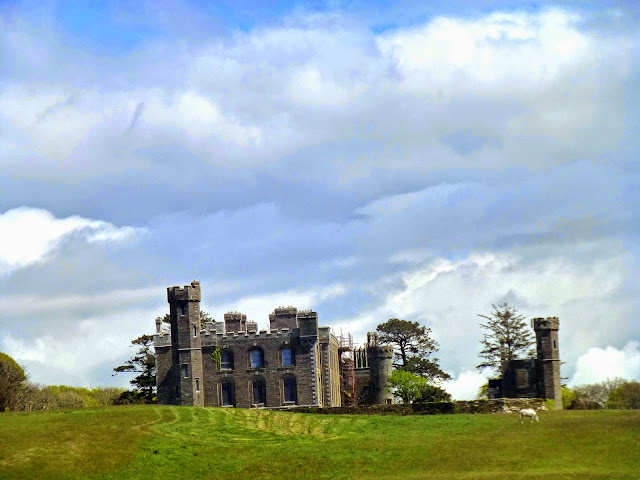 See also (from this trip): Dinner of Delights at Blairscove House
Walking on the Sheep's Head Way
Taste of the Week. Cocktail in a Tea Pot