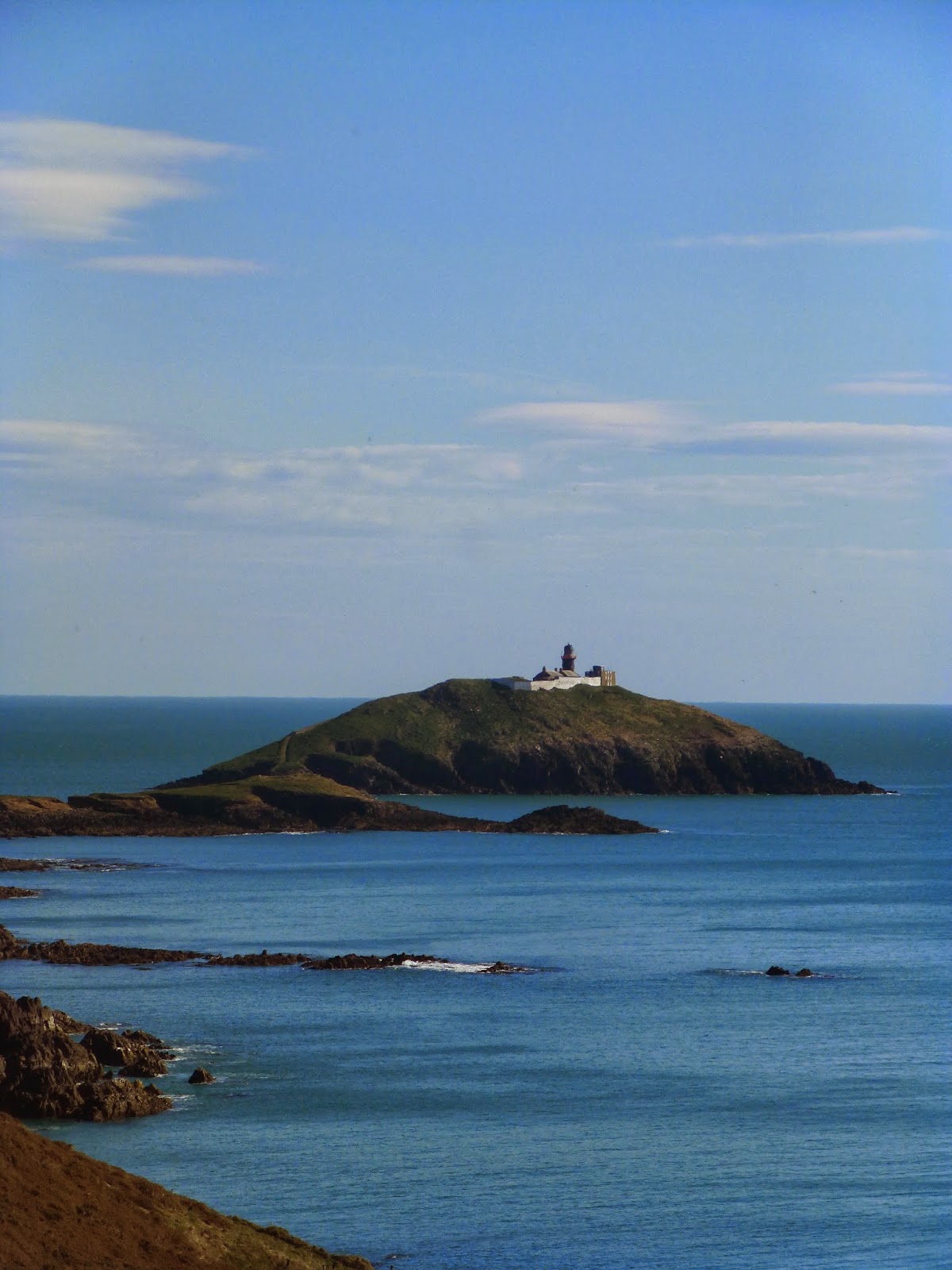 Saturday morning, with the sun up in a blue sky, we left behind the temptations of the city and its markets and headed for the Cliff Walk in Ballycotton. The we included the dog CorkMax, well just plain Max actually. Quickly packed a couple of sandwiches, added a few bottles of water and drove east.


About 45 minutes later we were in the car park, changing the footwear and then heading west along the cliff top path. This is not the most difficult walk as there is a path, with some ups and downs, sometime stony, all the way. At a few points, it skirts the fields and there are also three streams to be crossed but, no bother, as there are either good sized stepping stones or small bridges. Besides, the dog loved the cool water. 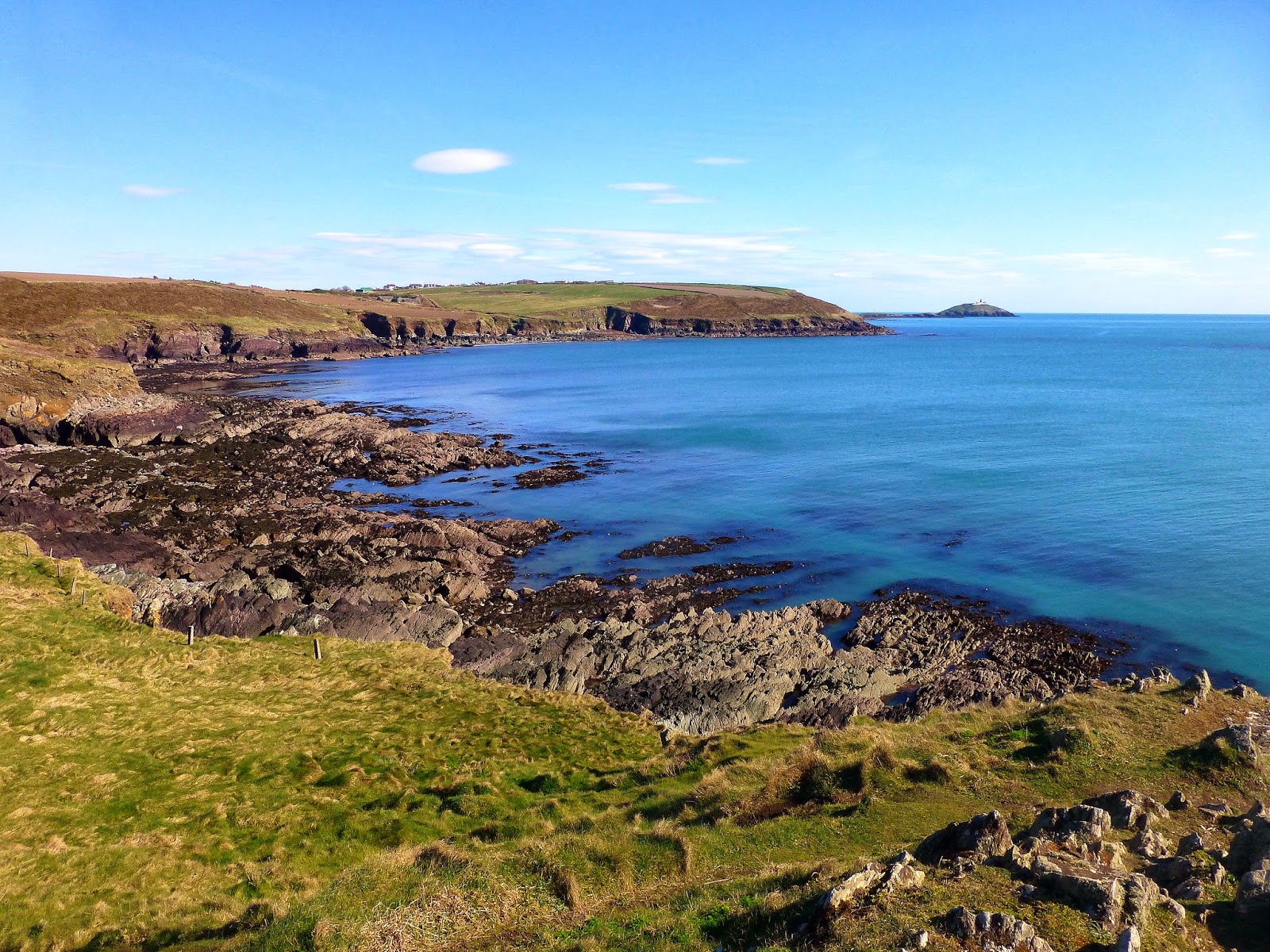 One of the advantages of this straight-line walk so that you may turn back any time you want. We were inclined to go all the way this time. You have some great views ahead and behind as you walk, particularly on a good day.

The best viewing point is perhaps a little “headland” about 40 minutes in. Here, the Ballycotton lighthouse, which has been hidden for a while, comes into glorious view again. The seascapes, both to your left and to your right, are a feast for the eyes. 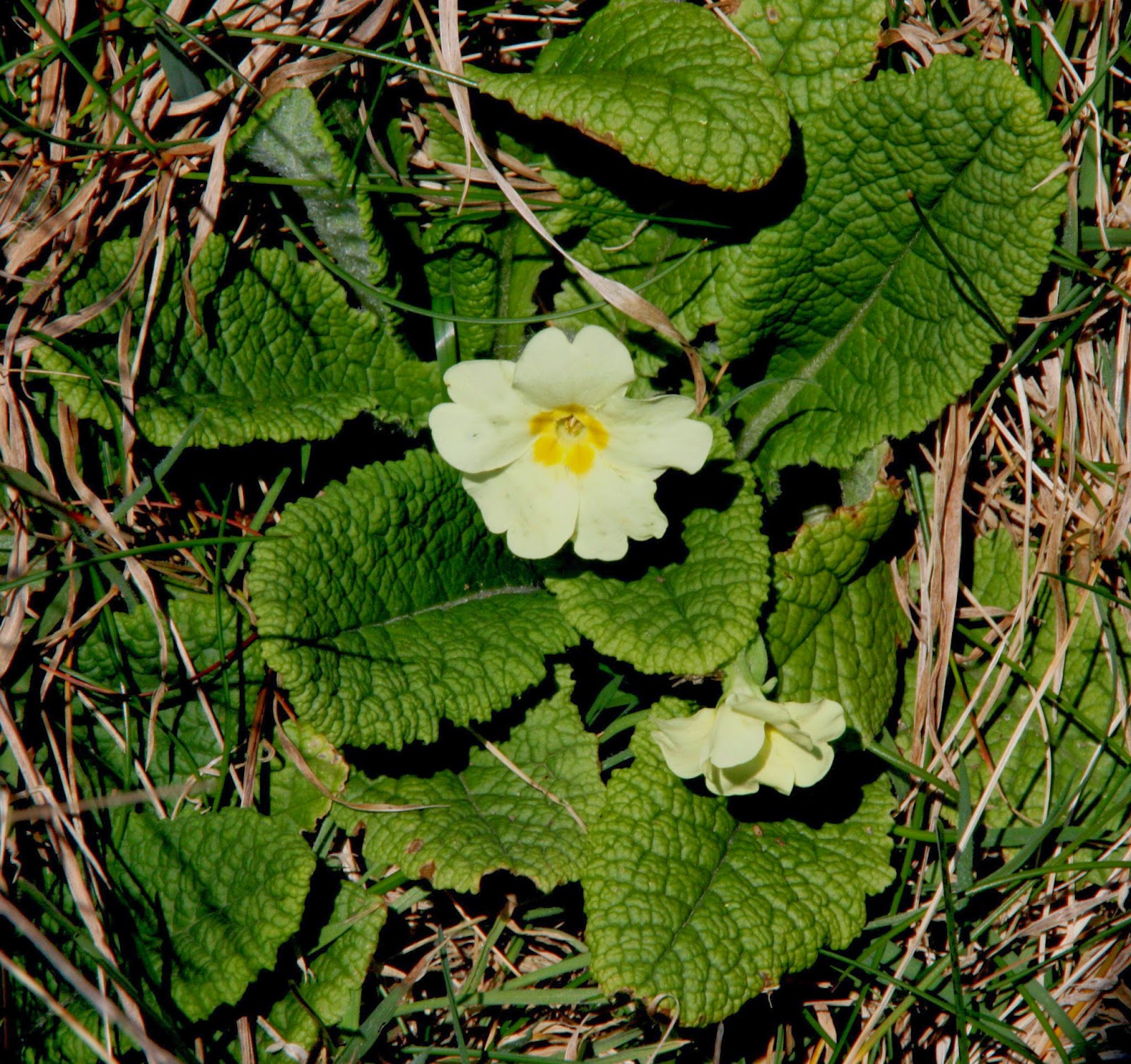 You could easily turn back at this point but we carried on and, approximately, about ten to fifteen minutes later, we came to a cluster of houses built above a rocky beach. This seemed to be the end of the walk as there was no indication of the path continuing. Here, there is a rough hewn weather worn picnic table - care needed with the wobbly planks of the seat -   and we sat and enjoyed our sandwiches.

Soon we were heading back along the path, not stopping as often to take out the cameras as had been the case on the first leg. The vegetation is fairly dormant at present and indeed there was one bank where all the furze bushes had been burnt away to leave blackened sticks.
Still there was plenty to see. A few wildflowers, including a small bunch of primroses, were showing up well and attracting the odd bee. A bunch of ladybirds were gathered on a twig of a furze bush. Most surprisingly of all, the dog disturbed a couple of lizards, each about three to four inches long, each in a different part of the walk.

I can’t recall seeing a lizard in Ireland before but apparently they are quite common, Some info here 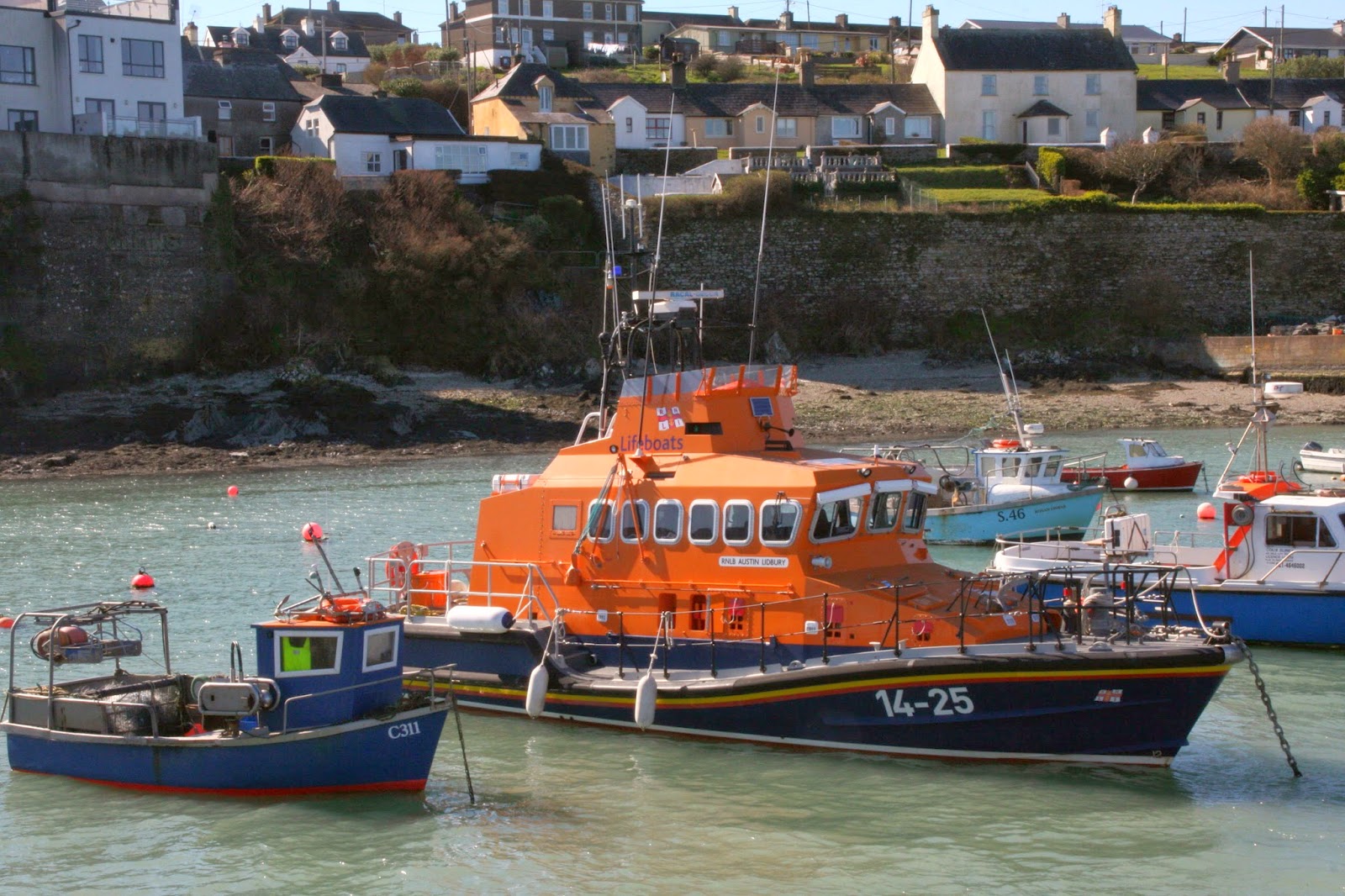 So after approximately two hours overall, including stops, we were back in Ballycotton village. Here we took a stroll down to the pier. One or two small boats were coming and going, the lifeboat was at rest, and a some people were fishing.
Next stop was Cobh to see the German tall sailing ship, the Gorch Fock (below), in the deep-water berth the cruise liners frequent during the season (starting soon) and then to take a glass of wine with some family. Lovely day in East Cork! 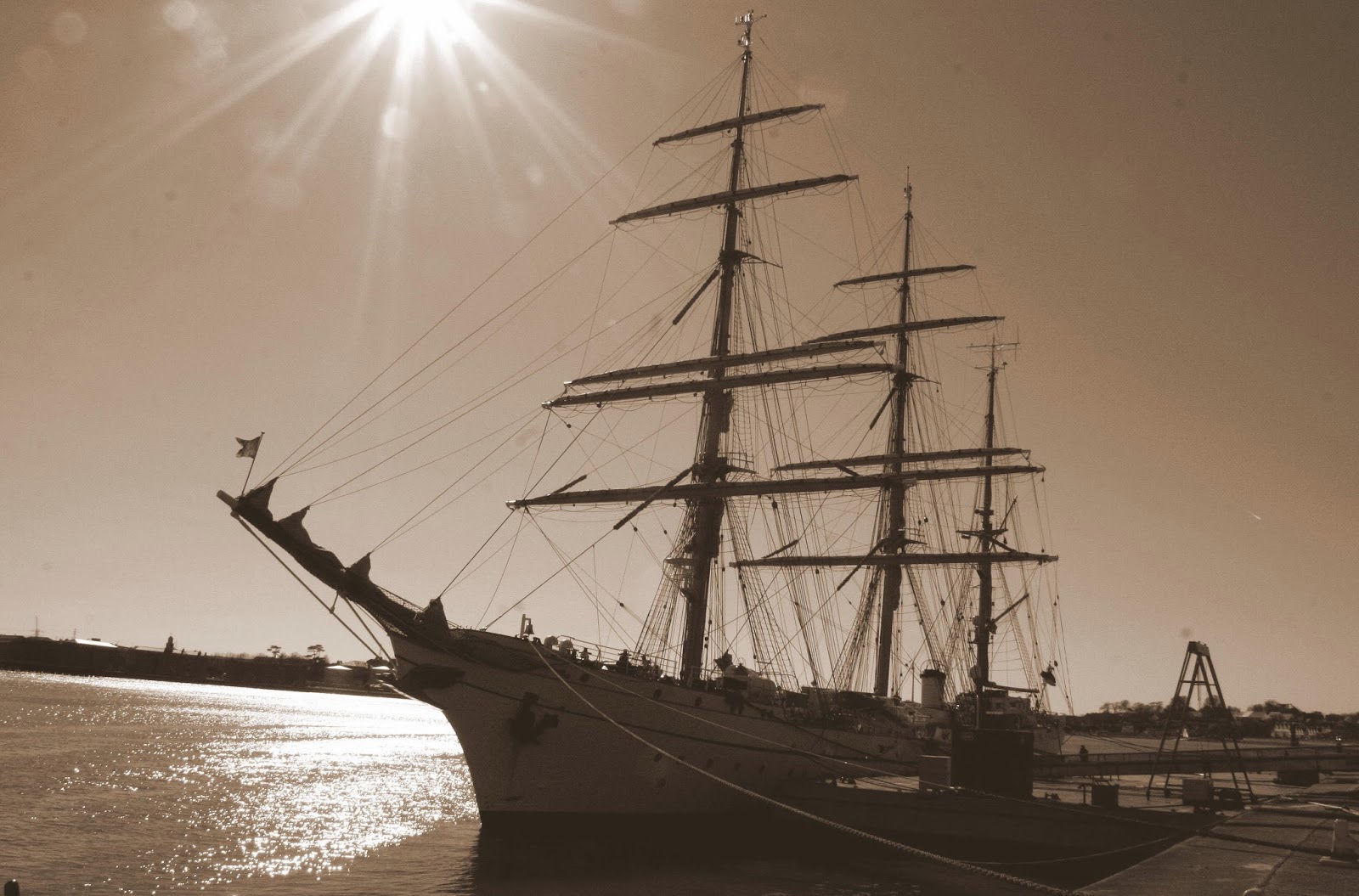