Music enthusiasts are in for a treat 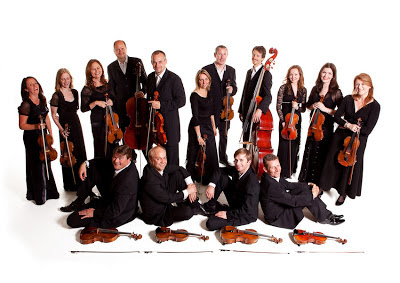 Musicians and music enthusiasts are in for a treat as the Irish Chamber Orchestra joins forces with the National Chamber Choir of Ireland for the Steeplechase Tour. This musical tour which is kindly sponsored by Barry’s Tea will take place in iconic churches in Limerick (St. Mary’s Cathedral), Cork (St Fin Barres Cathedral) and Dublin (Monkstown Parish Church) on the 16, 17 and 18 May respectively.

“The Irish Chamber Orchestra is very excited about the upcoming tour which is also the ICO’s first tour of 2013. The programme offers a unique blend of choral and symphonic classic sounds by Mozart, Bach, Pärt and Piston. It is a great coup to have maestro Nicholas Kraemar leading this musical showcase,” said Maurice Healy, Director of the Irish Chamber Orchestra.

“We particularly wanted to bring the Steeplechase Tour to Cork, to the stunning setting of St. Finbarre’s Cathedral and its unique acoustics will ensure that the Cork event is a truly spectacular musical feast”.

The Irish Chamber Orchestra, which is renowned for its energy, unique sound and outstanding musicianship, has a strong tradition of collaborating with international musicians.

Maestro Nicholas Kraemer has a wealth of musical knowledge and expertise and is permanent guest Conductor of the Manchester Camerata and principal guest Conductor of Music of the Baroque, Chicago and has performed with orchestras from the four corners of the globe.

Walter Piston’s Prelude and Allegro for organ was commissioned for CBS TV in the 1940’s. The solemn Prelude depicts the tragedy of World War II and the Allegro, the determination to win it.  When Bach moved to Hamburg, he adopted a lighter style of writing and composed his Hamburg Symphonies. Many of his most characteristic touches can be found in Symphonies 4 & 5.

The Irish Chamber Orchestra and National Chamber Choir of Ireland perform the ground-breaking settings of Estonian composer,  Arvo Pärt – a deeply spiritual composer who found his own musical language with a love of every note at its heart.  Luke 5’s Gospel was adapted by him and the slow moving, ethereal reflective song entitled Which was the Son of, evolves.  This is particularly likable as it establishes a repetitive mantra in the elaboration of Jesus’s family-tree.  Silhouan’s Song is another deeply spiritual piece based on psalms written by an elder at a local monastery.   ‘My soul yearns after the Lord’ speaks from the very opening of wintry European landscapes, cold and unforgiving, in a prayer by the lonely soul.

Finally, Mozart’s popular Missa Brevis in G major (KV 275), is known for its sublime lyricism and grace.  It reflects a youthful composer, and the Irish Chamber Orchestra alongside the National Chamber Choir ring out its joyful tones.

Tickets are currently on sale at €20 for general admission, 10 for students and concessions at €18.