A recipe for inspiration 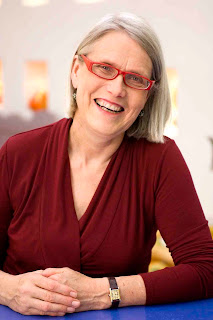 Darina Allen and a host of literary figures will come together, to celebrate the arts at the upcoming Ballymaloe International Poetry Prize award ceremony. The prize, which is for a single unpublished poem, attracted over 1,000 entries from Ireland and abroad. Launched in 2011, the competition is sponsored by the famous Ballymaloe Cookery School in association with Ireland’s arts and literature magazine, The Moth.


The prize-giving ceremony is open to the public, and will take place in the beautiful Grain Store at Ballymaloe House between 6 and 8.30 p.m. on Sunday 25 March. Speaking about the forthcoming event, Darina Allen remarked, “A little poetry enriches all of our daily lives so I am delighted to sponsor this prize. Due to the response to the competition, we are more encouraged than ever to celebrate the arts”.


The prize giving event promises to play host to some of Ireland’s most captivating creative and literary figures. There will be readings by Cork Poet Matthew Sweeney, whose most recent collection was shortlisted for The Irish Times/Poetry Now Award and the T. S. Eliot Prize, and the winning poets. The Minister for Arts Jimmy Deenihan is also expected to attend.

Darina Allen: "Passions for crafts of cookery and word can often be found intertwined - both being arts through which we can nourish and express. It is in this vein, that we are delighted to announce that the prize giving for the inaugural Ballymaloe International Poetry Prize in conjunction with the Moth Magazine will be held at Ballymaloe House on Sunday 25th March 2012.

Our Judge Matthew Sweeney, whose most recent collection was shortlisted for The Irish Times/Poetry Now Award and the T. S. Eliot Prize, had the unenviable task of selecting just three winners. He also selected five commended poets to read on the evening."