Why did people get married on Shrove Tuesday? We did, in the snow.


Back then, why did so many people get married on Shrove Tuesday? We did, in the snow. 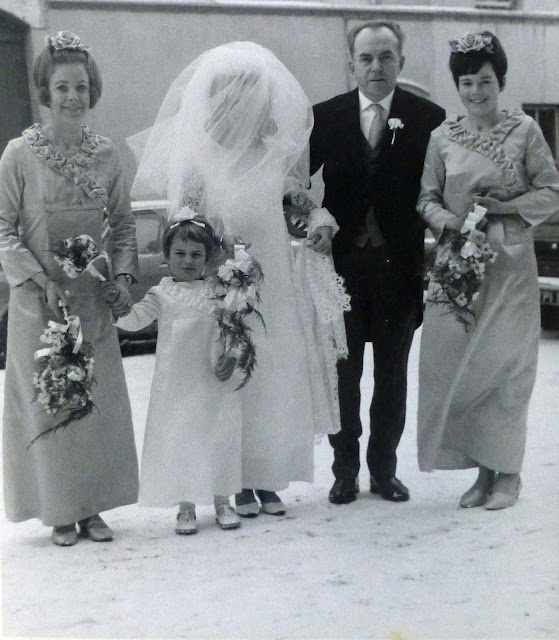 It began on Shrove Tuesday 1966. And Shrove Tuesday would be figure a fair bit in our early years. On that day in 1966, myself and a friend met in Riverstown with the intention of thumbing to town (Cork city). So, you may well ask, why would you be going out on a Tuesday night. The answer is that, thanks to the church, dancing would end for seven weeks on Shrove Tuesday and we knew this was our last chance to get a girlfriend for Lent.

This was the era of the showbands and the Freshman were one of the most popular. We were headed towards the Arcadia Ballroom where the Freshmen were playing. Trouble was that most of the young people of the city and surrounds had the same idea. We didn’t manage to thumb a lift to town and had to get the bus instead which delayed us. As we came up the Lower Glanmire Road, we could see the queue for the Arcadia (opposite the railway station) had stretched down as far as the railway bridge by Water Street. So not a hope of getting in. 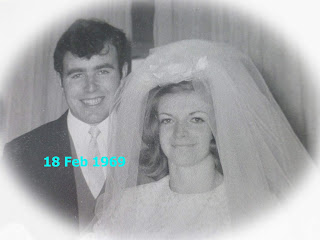 At the same time,  a bunch of girls from the southside were venturing over the bridges, also with the intention of going to the Freshmen. But they had no joy either. My friend had a contact on the door of the Refinery Club (in the block opposite St Patrick’s Church) and we two got in. The girls also headed there and got in. And it was there that I first met 17 year old Clare Cronin from Drew’s Terrace. I was set up for Lent, and life!

Okay, let’s wind the clock on three years to 1969 and the wedding which was held, believe it or not, on Shrove Tuesday, for reasons to do with the government and the church. The tax year in those times began and ended in the early days of April. If you got married before that date, the male partner had his tax allowance for the expiring financial year doubled. Lots of back-money! But the same church that didn't allow you dance during Lent didn’t allow you marry either. So there was a big rush to the altar in the days before Ash Wednesday. 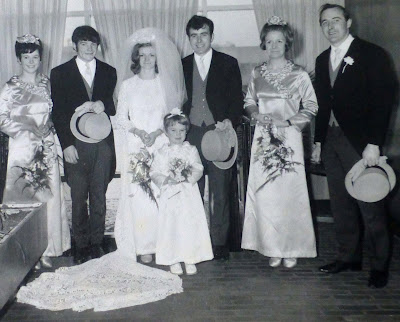 The big day came and with it a massive snowfall. We had quite a job getting down the hills from Rougrane (near Caherlag) and up the main road to town. Indeed, we came to a full stop by the Silversprings Hotel as a bus had spun across the nearby railway bridge (the skew bridge). So my brother and I had to get out and walk. When we got past the accident, the traffic was moving slowly and a Glanmire man gave us a spin as far as the Coliseum.

From there, we headed off on foot, in formal suit and top hat, over towards the South Chapel, providing an inviting target for students from the School of Commerce who had been given the day off. Still, we made it on time.

Indeed, well before the bridal party who were stranded up in Drew’s Terrace until O’Connor’s, who were providing the cars, came up with a set of snow chains and brought the whole group down in the one car.

I reckon we’ll always remember those Shrove Tuesdays. I know February 18th is the actual date, but we treat Shrove Tuesday as the Queen regards her official birthday. I think you can take we’ll be out celebrating again on Tuesday March 5th! The first celebration was last Saturday night in The Castle Café and it was superb; big thanks to Jerry and the team there. 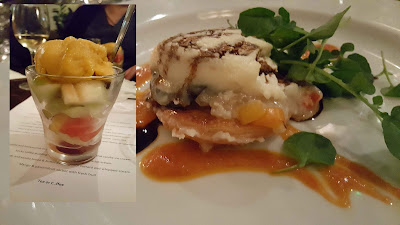 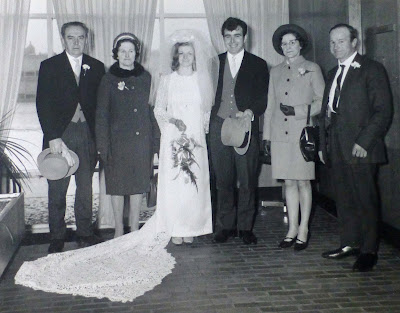