The Burren. On a very good day! 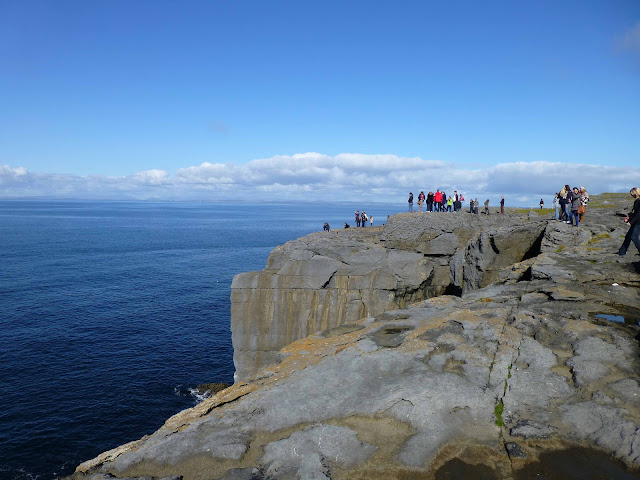 Enjoyed a spectacular circuit of the Burren the other day, sunshine all the way. I’ve been lucky with the weather these past few months, striking it just right in West Cork, the Glen of Aherlow and now in County Clare.

Aren’t we lucky to have such enormous attractions as the Cliffs of Moher and the Burren, world class wonders of nature, right on our Irish doorstep? Which is your favourite? You don’t really have to choose as you can visit both in the one day. If I had to pick, I would go for the Burren on a good day, the Cliffs on a bad one and see those waves crashing in! 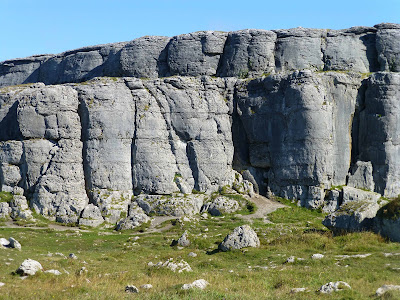 On our day trip to the Burren, we drove up from our hotel in Lahinch (or Lehinch as you see in many signposts around here). Which is it? While I'm at it, what is the correct spelling for the neighbouring town: Ennistimon or Ennistymon?

Spellings were far from my mind as we left Doolin Pier and its dolphins behind and headed into the Burren proper, taking the coastal road north past the beach of Fanore with views of the Aran Island to our left and the grey stone formations of the Burren on the right.

Stops galore but soon enough we were on the Black Head with the sea views now widened out to take in much of Galway Bay while still the Burren’s grey almost sparkled in the sunlight to the right. 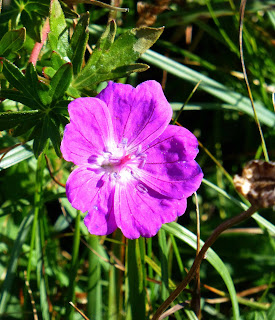 Not just on the left though as there is quite a strip of the flat rocks between the road and the sea. Amazingly, at the water’s edge, there was a tiny field, hardly half an acre, and there were nine or ten cattle grazing away down there. Wonder how their meat would be described on a restaurant menu?

We weren’t the only travellers on this marvellous day. The viewing point was well populated and we noticed that many of the tourists were from abroad. No less than three full size Paddy Wagon buses were parked on the roadside and quite a few more from other companies as well, not to mention the cars. 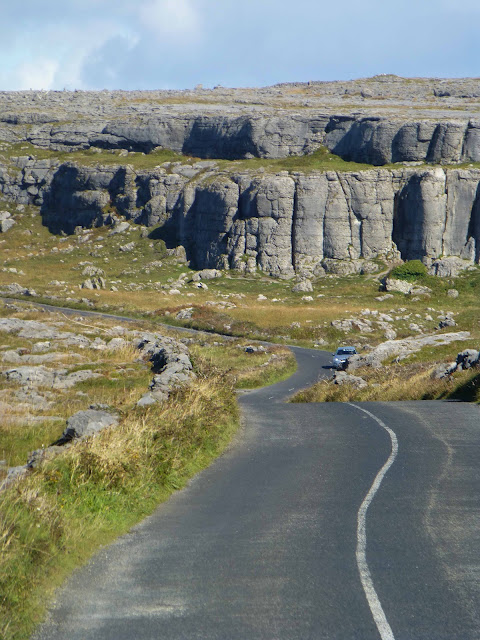 Leaving the head behind, we motored eastwards, getting great views of Galway Bay, both to our north and east. Soon, and for the first time in a while, the views were being hindered by hedges as the vegetation became more plentiful as we approached our stopping point of Ballyvaughan.

If ever you are on a trip in this area and need a “pit-stop”, don’t hesitate to call into the beautiful Tea and Garden Rooms that face the harbour here. The minute you enter this lovely building and gardens, you’ll be hooked by the desserts and cakes piled across the groaning table. 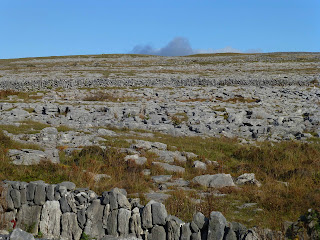 After the replenishment, you have choices. You may retrace your steps on the coastal route but we decided to go inland through the heart of the Burren. The sea is now out of sight but still these fields and hills of grey stone are unreal and you’ll also have towns such as Lisdoonvarna and Kilfenora to call to.

Indeed quite a few people start and stop at Kilfenore and it is a good idea as there is a Burren Visitor Centre www.theburrencentre.ie here. 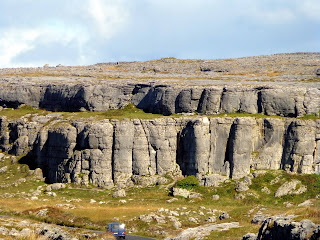 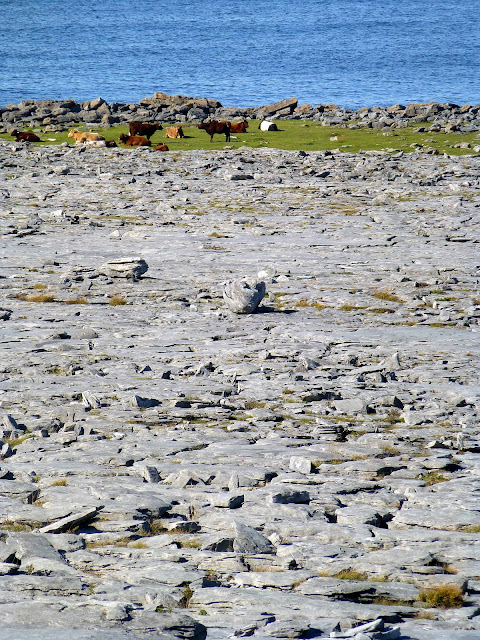